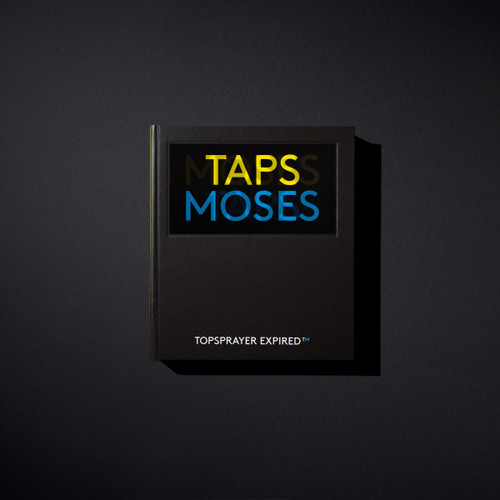 The return of a classic: TOPSPRAYER EXPIRED™ is the completely revised new edition of the INTERNATIONAL TOPSPRAYER™ book, which has been out of print for years, and is published after the end of the ten-year legal limitation period. Compared to its previous editions, TOPSPRAYER EXPIRED™ also covers 2011 and 2012 with 176 additional pages, more than 200 unseen pieces and over 60 new texts.

"Between the period of 2007, and 2010, MOSES and TAPS exchanged their pseudonyms. With the assistance of many unknown perpetrators, 1000 passenger trains were vandalised with graffiti over a period of 1000 days. In May 2011, their offences were published in the book INTERNATIONAL TOPSPRAYER.

May 2021 marks the passing of ten years since the release of the book. In accordance with section 78 of the German Criminal Code, referring to the occurrence of the final statute of limitations, the pursuit of criminal prosecution now ends.

Immediately after the expiration of the statute of limitations, the suspects admitted to all accusations previously under investigation, in words and pictures through the release of the book TOPSPRAYER EXPIRED. Furthermore, the previous documentation material has been supplemented with many descriptions of crimes and unseen photographs of various offences committed during 2007 and 2010 and especially between the period of 2011 to 2012."

Printed and bound in Germany

PLEASE NOTE: DUE TO THE WEIGHT OF THIS BOOK, A SUPPLEMENT IS CHARGED FOR SHIPPING.

Street Fonts: Graffiti Alphabets From Around the World Book