Magic City: The Art of The Street Book 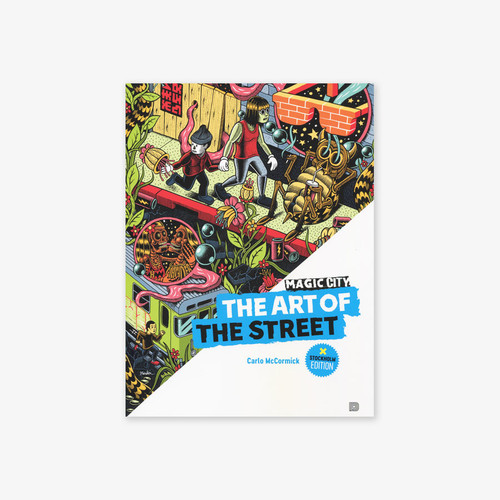 Magic City: The Art of The Street Book

Our MAGIC CITY is a place and a non-place. It is not the physical city of brick and mortar but rather the urban space of internalized meanings. It is the city as subject and canvas, neither theme park nor stage set, but an exhibition showcasing more than 40 of the most original and celebrated artists working on and in the city today.

This is a celebration of the universal character of cities as well as a love letter to their infinite diversity. Cities have been designed to facilitate work, but artists have transformed them into playgrounds for the imagination and ideas. This is the invitation called outside our window by friends and strangers with restless spirits: come out and play.

MAGIC CITY is always changing; the entire city has become an artists´studio, an urban museum of the imagination. More than 60 of the world´s best street artists specially painted, sprayed, scratched, glued, or even crocheted for this tailor-made city of dreams. With every stopover, new works will appear as others disappear, just as in the streets of any city. In each host city, the organizers support new collaborations, guest artists, and happenings. Stockholm, the capital of Sweden, is the third stop on this journey. This is reflected in the cover art by local artist Martin Ander.

Writing The Memory of The City Book